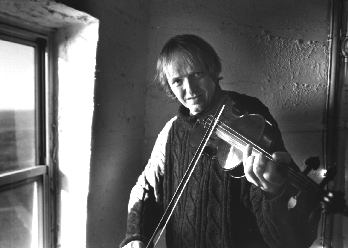 My strongest influence was undoubtedly Johnny Wilmot, a deeply rooted traditional fiddler who played both Irish and Scottish music in his own unique Cape Breton style. I visited Johnny regularly from 1976 until his death in 1993 … learning tunes, absorbing the style and going on the music trail with him.

As we visited homes around Cape Breton I was also drawn to many of the musicians that Johnny played and recorded with throughout his long career. It was through Johnny that I met Joe Confiant, Doug and Margaret MacPhee, Chris Langan, Sonny Slade, The Stubberts, Mildred Leadbeater, The Chisholms, Donald MacLellan, Eddie Poirier, Gordon Côté and Tommy Basker. In their own way, each helped to shape my attitudes to traditional music, and inspired my personal playing, arranging and compositional style ...